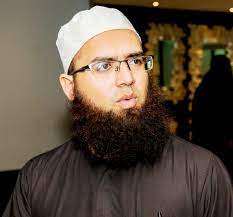 Beginning his journey at Radio Islam International, Azhar Vadi has had a long and impressive career within the field of Muslim media. He has worked at Channel Islam International as well as at Salaamedia and is presently running Salaam Foundation.

Vadi was the first South African journalist to cover the Syrian civil war on the ground and recalled being amid bombs and fighter jets as he tried to get the story out. The aftermath of the war is terrible – Vadi said that he shudders at the sentiments put forward by politicians when they claim that they are ready to go to war. They do not realise that it is ordinary people who will suffer the direst of consequences.

Over the course of his career as a journalist, Vadi realised the effects that fake news could have. He recalled reading about the invasion of Iraq by the United States as many publications pushed forth the narrative that Saddam Hussein was in possession of weapons of mass destruction when this was not the case. Journalists who spread fake news during this time are just as responsible as the soldiers who killed thousands of innocent people.

More than ever before, it is now of the utmost importance for journalists and broadcasters to pursue different angles and the alternative view instead of being spokespeople for mainstream media.

Vadi encouraged Muslim people to place their religion at the forefront of their identity and this will undoubtedly propel forth the public opinion of Muslims and allow them to enter into spaces which they had previously been denied entrance into.

The #TributeToMuslimBroadcastersInSA segment on Salaamedia is an exclusive Ramadan broadcast on our platform, inspired by the life and times of the renowned late Ebrahim Gangat.

Taliban victory in Afghanistan has sparked hope for...

OUTA slams pathology groups for profiteering from the...

‘As long as the Israeli occupation exists, we...

‘There’s a phenomenal team behind me that makes...