Top Posts
A fading rainbow nation
Migrant communities blamed for funding ISIS through Hawala...
Turning a job seeker into a job creator
Israel and a history of lies
Seventy-four years on, Al-Nakba continues
Eskom, Esko, Esk … load shedding
Rebuild is necessary for the future for economy...
Shireen Abu Akleh murder was a message from...
They killed her with “Malice aforethought”
Riverlea residents living next to a ticking time...
Home Featured Mass Eid lunch achieved its goal
FeaturedInayet Wadee 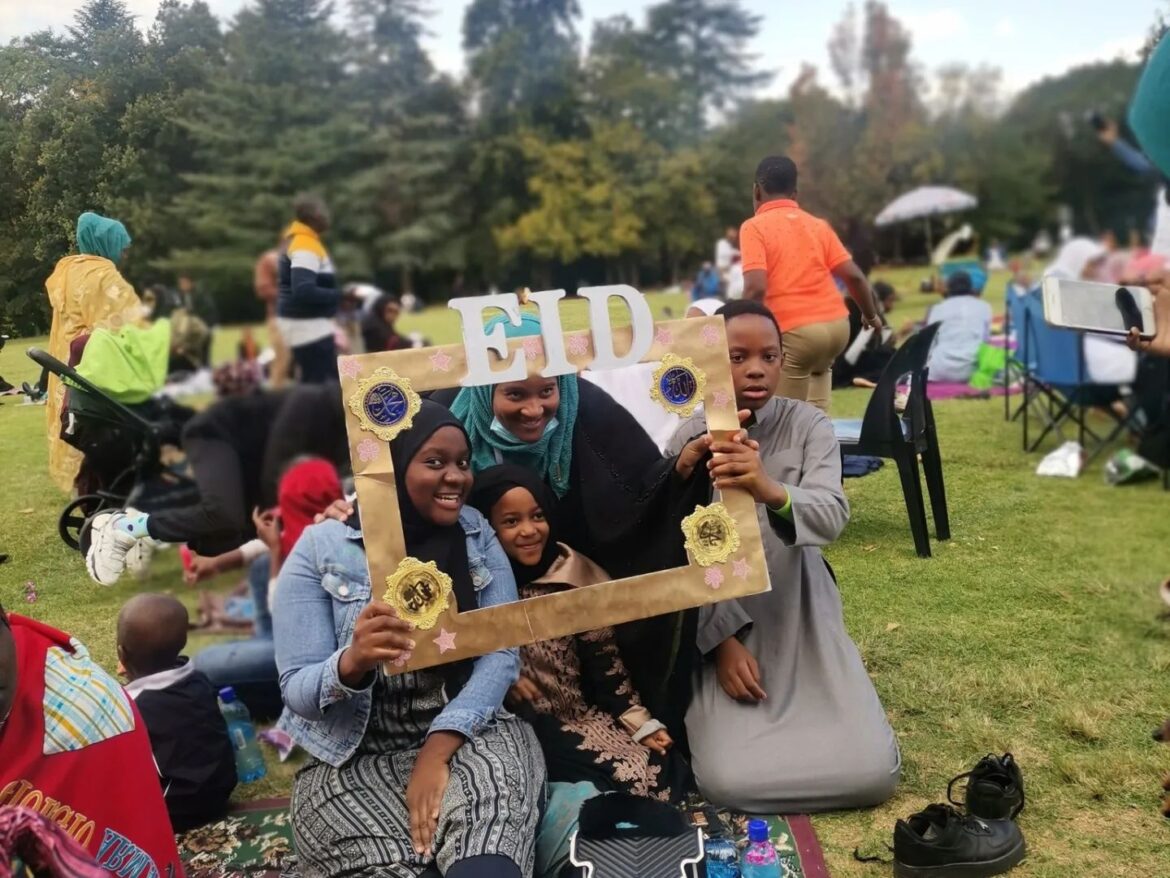 Johannesburg – The Botanical Gardens Emmarentia was the setting of a diverse Eid lunch focused on bringing the Ummah [community] together. The lunch was hosted by various Muslimah organisations and was hailed as a success.

Eid is a joyous occasion for many Muslims. It is a time when families come together, enjoy the day, and strengthen family ties. However, for some new Muslims it is a day that can be quite lonely. This lunch was organised to solve that problem.

Zenzokuhle Imaan Xaba, co-founder of Muslimahs On Call, explained the wisdom behind the lunch was for Muslims to come together as one. It was a chance for new Muslims to experience Eid as it should be experienced.

“I grew up in Soweto and usually when it’s Eid time we don’t have anywhere to go. Our families are non-Muslims. We don’t get the chance to experience the feeling of Eid, the feeling of giving gifts and the feeling of being united as Muslims. The intention was for unity and for us to be together as Muslims.”

This was an important day for all involved in the Eid lunch. Being Muslim means you are a minority in this country and being a black Muslim makes you a minority within that minority, explained Xaba. The lunch served as a platform to discuss what the community needs and how the organisations can come together to serve its needs.

A community is at its strongest when everyone is united. Unity keeps people together and builds a community. For Xaba, this was one of the most important reasons to have the Eid lunch. To bring people together from all walks of life and create an unbreakable bond.

“Unity, unity, unity. We need that and our kids need to see that. In order for us to preach unity, we need to act upon unity. There were different races, different people from different communities and they were enjoying themselves. To us this was a map to see that it’s possible that you don’t need to have money to do something for the people. You just need to come together and act and put it out there.”

This was the perfect opportunity to show the youth that new Muslims are part of a community. That they do have help and support and they are part of the Ummah even if they weren’t born into a Muslim family.

“This was a chance for people to see that we can do it as young Muslims, as reverts. Most of us are first generational Muslims in our families and we are doing it also for our offspring. For them to see that it’s possible for us to be united. It’s possible for Muslims to come together and do something great.”

For Xaba, she believes that this is the way forward for the Ummah. It is a way to get everyone together and form unbreakable bonds. The event is a way to show people that they are not alone, and she hopes that future generations will carry on with this initiative.

“This is the only way for us to act and what better way for women to start acting. Women have been feeding the nation for centuries. We decided as women to come together and anyone who wants to be involved will be involved and we will take it from there … It was very important for people to see that they are not alone. They know now where to go when there’s something they need.” Inayet Wadee caught up with Zenzokuhle Imaan Xaba, Co-founder of Muslimahs On Call.

Riverlea residents living next to a ticking time...

The severity of Wealth Inequality shines through artwork