Top Posts
Durban beaches still contaminated with sewage
Nearly 30 000 Educators are Unemployed Despite the...
‘Hands off Ramaphosa’: Supporters rally around the president...
The Palestinian World Cup
Illegal dumping a serious issue that will be...
Israel Launches an Overnight Airstrike on the Gaza...
Unemployment is the Root of All Evil
‘Fine dining with soul’: Siba Mtongana’s journey
Ramaphosa to launch legal challenge against Phala Phala...
President Abbas bestows grand order on Naledi Pandor
Home PodcastJulie Alli The President needs to be held accountable for unreported farm robbery
Julie AlliNews

The President needs to be held accountable for unreported farm robbery 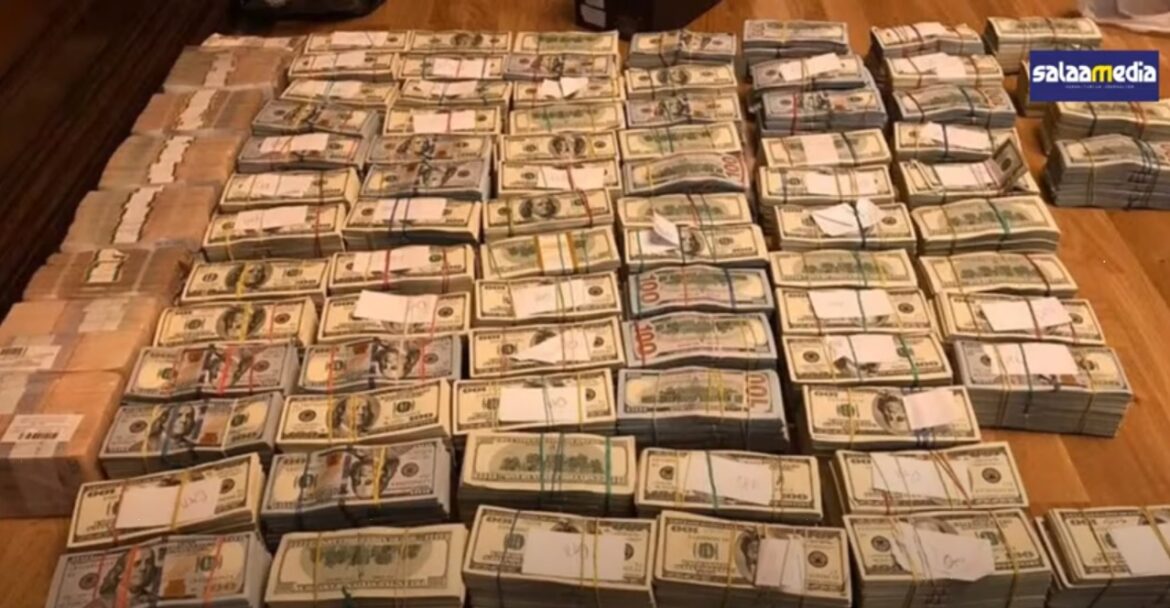 Johannesburg – President Cyril Ramaphosa is staying quiet about the Limpopo farm robbery in 2020. Over $4 million (approximately R60 million in 2020) was reportedly stolen. While there is still much that is unknown, it now appears the Namibian government knew about the heist all along.

The heist came to light when former State Security Agency and Correctional Services director-general Arthur Fraser opened a criminal case against the President. Fraser reportedly handed bank statements and video footage to the police regarding the heist.

Why has Fraser decided to blow the whistle now?

The farm robbery took place in 2020 but it only came to light when Fraser laid the criminal charge. Tileni Mongudhi, Investigative Journalist, believes there could be a political motivation behind it all. Carefully crafted so as to not “come back to haunt him”.

“We can’t take away that there was some form of political motivation. It was carefully crafted. Arthur Fraser is a man who has a lot of state secrets, but he carefully chose a scandal in which he is not bound to any secrecy. The events at the farm happened when he was in charge of prison.”

One of the reasons for Fraser releasing this information now could be because he wants to hamper the President’s campaign for a second term, said Mongudhi.

The farm robbery and the Namibian government connection

“There were high level conversations happening behind the scenes and the South African government didn’t want things to happen. The prosecuting general in Namibia and the police were forced to drop any sort of charge and investigation in this issue. The South African informed them it would be embarrassing as the President would not be able to explain the large sums of cash at home.”

Without any charges being laid or a complainant coming forward, the Namibian government was forced to drop all charges.

“The Namibian government then made the decision that because there’s no statement of a crime being committed and no complainant, they had to leave these people who may have committed this crime … We understood they left it because there were meetings with top people in President Ramaphosa’s administration.”

These meetings show there was “a high-level cover-up and these two administrations sort of colluded to make this thing look like it never happened”, said Mongudhi.

The main question for Mongudhi is whether the Namibian government colluded to cover up the issue or were they unable to investigate the incident because it happened in South Africa, and they have no jurisdiction. 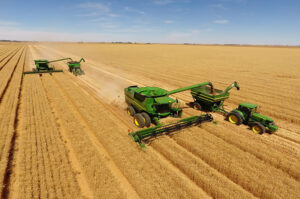 Why was the farm robbery not reported by the President?

An important question for Mongudhi is why a criminal complaint was never made. There is no trace that the robbery was ever reported to police. This raises some suspicions on whether the money was money from his private game business or something else entirely.

“We could not get any information or confirmation there was an incident [that was reported]. Whether the President was complicit or the people around him did it to protect him, he now has to explain why he never laid a single complaint. If it’s gaming money, why hide it? Why hide the fact that you have game money?”

Mongudhi believes the money must have been laying around for quite some time before the farm was robbed. He argues that no thief would try to rob the President without some sort of planning going into it.

“There’s no criminal who will pounce on you if you have money deposited or collected that day or that weekend. Criminals normally profile and study people. That tells you this amount of money must have been on the farm for a very long time. The timing, it happened when the President was out of the country. This took meticulous planning.”

The President will have to be held accountable. The public protector is fighting her own battles now which puts doubt on whether she has the energy and the time to pursue this matter. The next best bet is for Parliament to hold him accountable.

“Parliament should be able to hold the President accountable. The next is the ANC National Committee. The President has always fought battles within the committee, and he is trying to win support now. People or leaders within it are unhappy how he treated those who are in Zuma’s camp. This will cause fights within the National Committee and will likely lead to calls for him to step down.”

For now, the President has managed to remain tight lipped on the matter. The timing of the whole situation plays exactly into the hands of those who want Ramaphosa out of power. The President will have to manage the situation carefully if he wishes to keep the ANC and his second term dreams alive.

Monkeypox a threat that can be contained if we act fast