Top Posts
“Travel Through the Earth, So That Their Minds...
Kids and their ego driven fight club
Israel destroys another Palestinian school, this time in...
Progressivism: What happens when woke culture takes it...
Hypocrisy in Western criticism of Qatar World Cup
State of South African Football on the International...
Janusz Walus destroyed a nation when he murdered...
Jannah Training: Training Children in the Mould of...
Bags of Love helping one community at a...
Winner of Le Cop Sportif competition to design...
Home PodcastInayet Wadee India and Israel relationship no longer about economics
Inayet WadeePodcast

India and Israel relationship no longer about economics

India – The relationship between India and Israel has moved beyond economic interest with the country sharing its far-right ideology.

Both these countries have come under the spotlight for their persecution of Muslims. In the past week we have witnessed India demolishing homes of minorities just like Israel has demolished homes of Palestinians.

How the alliance has grown

Before 2017 India had an alliance with Israel and Palestine. However, this has now shifted to an alliance with Palestine and and one with Israel. According to Dr Manjari Singh, Associate Fellow, Centre for Land Warfare Studies, New Delhi, the relationship grew stronger as India wanted to grow its economy and bolster its defences.

“The relationship is getting bolstered because India is a growing economy. India wants itself at the global high table and for that it needs to be partnering with a country that strategic matters are handled well. Wherein it gets its cheaper technology. In all those stances Israel comes in handy. Also, India wants to diversify its defence and arms imports. We see a furthering of this alliance because of these reasons.”

Israel has further strengthened its relationship with India by offering it help that Palestine cannot, said Singh.

“Israel understands that the agriculture and water sector, these are the areas that India needs help in. Majority of Indians are employed in these sectors. This is where it gives its help. It’s smart that way. They know what targets to hit.” 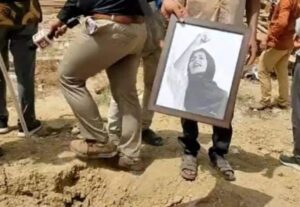 Indian government sends message to Afreen Fatima with a bulldozer

India’s lack of awareness and not changing with times

In the 1960’s the Bharatiya Janata Party (BJP) was formed as a pro-Hindu party. The party was created to combat what they felt was a soft stance that was being taken against Pakistan by the then government. Pakistan and India have not had the best relationship since the dawn of time. Hindus still view every Muslim as being from Pakistan. Indians have a fear of Pakistan and fail to understand that Muslims are not all from Pakistan, explained Singh.

“There is a fear. There is an insecurity because of the history that we have. Historical baggage that we have with Pakistan. The amount of low scale conflicts that we have had, the state sponsored terrorism that has been there. The number of conflicts and wars that we have fought with the neighbouring country. This state of fear that exists in India is because of this Pakistan-centric fear. Islamic fear that is there now is all because India lacks awareness.”

This lack of awareness is further shown by the fact that there is only one think tank that exists on the Middle East. Singh feels it will be extremely hard to find an Indian who can name any Middle Eastern country. It is this lack of education on Islamic countries that has led to the lack of awareness which has made it easier for Indians to undertake Islamophobic actions.

Muslims in India are facing punishments taken directly from Israel

The relationship between Israel and India is one that not only shares defences and resources but also punishment methods. Feroze Mithiborawala, Pro-Palestine Indian activist, noted that India took the policy of demolishing homes directly from Israel.

“I had said a long time ago that the bulldozers are basically part of the collective punishment, and this is again coming out from Israel. This is not about bulldozers who are attacking the houses in the slums of Bombay which we had in the 80s. This is not about a class kind of warfare. This is about bulldozing communities in terms of collective punishment. This is basically Israeli policy which the Hindu government in Delhi and Modi has picked up again.” 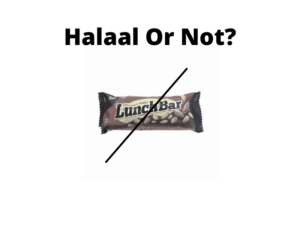 There is no logical reason for India to work with Israel

Although India is getting help in the water sector and agricultural sector from Israel, Mithiborawala believes there is no point in it because Indians are natural farmers. Even when it comes to importing defences, Israel has shown they are not as mighty as they claim to be.

“Israel has not much to offer on organic agriculture. India has great expertise. We have massive farmers’ movements now in that sector. We know how to conserve water … And the other thing I’d like to say is that Israel as a military power is long done with.”

In the end the relationship between Israel and India is one that India does not need yet continues. It is a relationship formed out economic reasons and has continued for other reasons. Many of Israel’s Apartheid policies have been picked up by the BJP and are being used against Muslims and minorities in India as punishment.