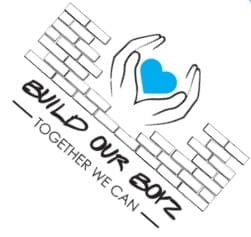 Build our Boyz is helping to create a better future PhotoSupplied

Johannesburg – It is common that a daughter is typically given more attention than a son. This leads to some boys looking for attention and role models in all the wrong places.

One woman is trying to change that with her organisation. Genevieve Ally, founder of Build our Boyz Foundation, has been showing young boys in Eldorado Park there is a better life than turning to a life of crime. Ally started the organisation after realising there was a lot of focus placed on girls but none on boys.

“There are a lot of organisations that focus on the girl child but then what about the boy children? What about the young men? I have come across many situations where they’re forgotten, they are not given the necessary attention. This I see in my community.”

Giving a voice and direction to a boy

Statistically speaking it is more likely for a boy to drop out of school than a girl. This is one of the reasons Ally has turned her attention to boys. To give them a voice and a sense of direction. To let them know  there is more to life than crime and gangsterism.

“We give attention to the boy child so they know the end game shouldn’t be a life of crime or not being successful. They need to know that there are people that take interest in their lives and that are going to see them succeed. Just for them to know that we are here. We want to see them succeed in life and become something in life.” 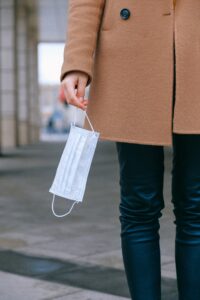 Ally has only one goal in her mind every day; to go out there and give the boys hope for the future. Show them they can achieve what they want to achieve. All they need is a little motivation and to know that someone has their back and is in their corner.

India and Israel relationship no longer about economics

Raeez Rubidge is an example of how the organisation has managed to change lives and inspire others. Rubidge is a talented soccer player with no financial means to pursue his dreams. Build our Boyz helped Rubidge as well others to raise funds to attend soccer trials in Cape Town. It is this love of soccer that has drawn many towards the organisation and keeps them engaged in something beneficial.

“The majority of the boys within the foundation are soccer players. They found an interest in soccer and it’s keeping their attention off all the negative things that go on around them. It gives them hope for a better future.”

Rubidge and his brothers have been inspiring boys in the community to come out and play soccer. He has been a shining light for the organisation.

“He and his brothers are such um examples to the boys in the community. When they are practising for certain stuff, they make it fun, and they make it exciting. They make it interesting, and it is just such a motivation.”

With Rubidge being a role model for the boys, the next goal is to continue to nature and create more boys like Rubidge. Keeping them away from the negatives of the environment and giving them hope for a future.

What is Empty Nest Syndrome and how to deal with it

Islam will no longer be the official religion of Tunisia