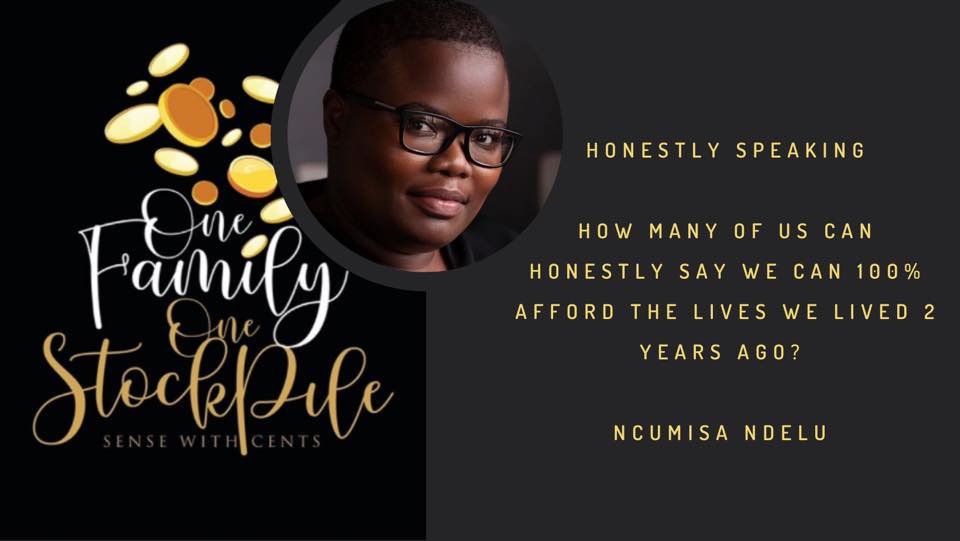 Raised as the only child of a single mother in eThekwini, Ncumisa Ndelu’s passion lies in social development and women’s empowerment. Her frugal living tips resonate with more and more people as the cost of living crisis worsens.

A journalist by profession and an activist by passion, Ndelu is the founder of a frugal living Facebook group. She is also the cofounder of the #TotalShutdown anti-GBV movement and has experience in government communication.

Still, when asked about herself, Ndelu’s response was: “There’s not a lot to say. I’m just an ordinary girl”.

The fact that she was the only child cultivated an affinity with others outside of her household “because at home, it’s just you and mummy – every chance you get to interact with people is Christmas,” she said.

Ndelu is encouraging women from all over the globe to spend their money wisely. In 2016, she started the 1 Family 1 Stockpile group with just 50 members and has since garnered nearly half a million members.

The inspiration behind this? Boredom. Another Facebook group that sought to empower women. It piqued her interest, but Ndelu soon realised that none of the conversations were new.

“I got there and I was bored out of my mind,” she said. “I didn’t find any of the discussions constructive. It was just… women just existing to talk about things that had already happened. [It was] nothing new.”

That’s when Ndelu decided to start having “money conversations” in the group. “Guess what? Not one person would respond!”

She then left the group and started another to address what she called “a pandemic before there was a pandemic”. The aim was to reach and inspire at least 100 women to form better spending habits.

She described this ‘pandemic’ as women “aimlessly picking items from the shelves, without looking to see if the price they’re paying is even suitable for them. I was like… this is not how you shop,” she said.

Ndelu’s Facebook group quickly gained traction as her message resonated with people worldwide. She has stressed the importance of healthy spending habits.

“I realised that women needed this platform. Beyond just teaching eachother how to shop, the platform has evolved into much bigger conversations about money,” she said.

It first surprised her when the group gained popularity outside of South African townships, but Ndelu soon realised that economic hardship exists beyond racial and geographic boundaries.

“The first shock was ‘I have White women coming in, so we have the same problems’. Then it was ‘hang on, it’s not just South Africans. There’s Zimbabweans, there’s Namibians, there’s baSotho,” she said.

Interest rates set to remain as rand battles the dollar

Shining a light on the women who selflessly perform ghusl