Top Posts
The Effects of the ANC’s Unfulfilled Promises
Maternity leave: domestic workers are marginalised
Caring for Elderly Relatives From Afar
The Brain Behind Ghana’s Modest Fashion Week
Sibongile Mongadi is helping amputees walk again
Seeing the light on mental illness
Reminding Men of the Importance of Fatherhood with...
Riaad Moosa in Dubai for stand-up show
The finalists for the Minara Business Awards 2022
Zweli Mkhize nominated by ANC KZN as presidential...
Home Podcast Life After Detention with Moazzam Begg
Podcast

Life After Detention with Moazzam Begg 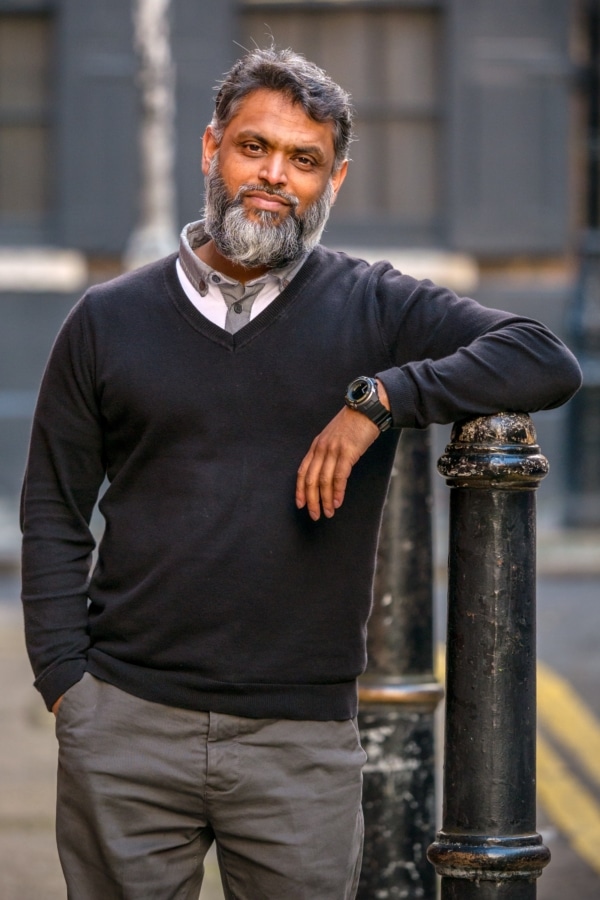 United Kingdom – The month of September in the modern world has become synonymous with the 9/11 terror attacks that happened 21 years ago in the United States. The same month, former US President George Bush declared a global war on terror.

But what appeared to be a war on terrorism was something else entirely. According to Moazzam Begg, the global war on terror was a way in which the US could invade a country without accountability and unlawfully imprison innocent people without charge or trial at Guantanamo Bay.

“The global war on terror essentially meant that we, the United States, under George Bush was launching a war that had no boundaries. It had no real beginning other than [what] they said was 9/11 but had no end. It’s still going on. The war on terror is still going on, and Guantanamo is [still] open. There’s still 38 prisoners there, the majority held without charge or trial.”

Speaking to Salaamedia, Begg recounts his unwarranted kidnapping by Pakistani and US intelligence agents, his time at Guantanamo Bay and the horrors he had witnessed at the detention facility.

Remnant Of the War on Terror

Guantanamo Bay is a detention facility where the US military captures, interrogates and tortures “terrorists”. However, not all captives had associations with any individual terrorists or terrorist groups. According to Begg, most of the prisoners at the facility are detained on account of being Muslims.

But how has the war on terror impacted the world in recent years? Begg mentions that the war on terror was never about waging war on extremism but against the Islamic faith. The persecution and inhumane treatment of Muslims at Guantanamo gave other nations a reason to act against Muslim communities living in their countries.

“There’s a Guantanamerization of what’s happening in the war on terrorism. Because of what America did in Guantanamo, the Chinese government can do to the Muslims … put them in concentration camps while citing the same language that George Bush used. You can see the targeting of Muslims in India. In Palestine, of course, it’s normal. The use of the language in Europe to pass law after law every year, which almost exclusively targets Muslims as a quote-unquote terrorist, extremist, [and] radical community that has a problem within it. And much of this stemmed from Guantanamo and the treatment of Muslims there”, said Begg.

SMread: Leicester Muslim-Hindu clashes is due to Hindutva ideology

Begg was Abducted Without Cause

While the planes were crashing into the towers, Begg recalls that he was in Afghanistan when he heard the news. His initial reaction was that, undoubtedly, one of America’s more powerful enemies was behind the attacks. As a result of the invasion by the US, his family fled Afghanistan and headed toward Pakistan. In his family’s presence at his home in Pakistan, authorities abducted him and placed him in US custody.

Three years before his abduction, British Security Services had come to his home with a case of a man from the Emirates. The man had written a letter stating that he was being kept and tortured. He sought Begg’s help in getting legal assistance. Begg responded in kind and assisted him in the way he needed.

“In relation to that, the MI5 came to my house. The same MI5 agents who came to my house sat in my house, and I offered them tea. [They] were the same ones that I saw three years later when there was a gun pointed to my head. I was in the middle of Kandahar at a detention facility. A hood that was on my head was taken off. I looked to see that that same MI5 agent who’d sat in my home in Birmingham, England, was now sitting here in Kandahar working with the Americans and feeding them information saying that this guy had a connection to extremists”.

Many people taken to detention facilities were interrogated and tortured without any “legal process, no charges and no presumption of innocence”. It made no difference if you were a citizen of a western country or not. You were assumed guilty on account of your appearance and your faith.

The Cruelty of Guantanamo that Begg endured

Even though he was kept in solitary confinement during his detention at Guantanamo, Begg remembers the brutality in which the military interrogated the prisoners. On two occasions, two people died as a result of being beaten.

However, beatings were not the only method used on him when he was being interrogated. “I was subjected to the sounds of a woman screaming. I was led to believe it was my wife, in the next cell being tortured, and they had suggested that my kids, my little children, were in custody too. They threatened to send me to Syria or Egypt as they had sent others to be further tortured”.

He goes on to state that the prisoners at Guantanamo were not exclusively Middle Eastern. He had encountered prisoners from different African and Asian countries. The only common thing between the prisoners was that they shared the same faith.

During his detention, his father launched a campaign for his release with a straightforward message, “if my son has committed a crime, take him to court and apply your laws”.

He continues, “If he has not committed a crime, then he’s innocent according to the law. No matter what you say, no matter how many of you object, he’s innocent. You’re the criminals to hold somebody without charge or trial, and it is a crime in law. It’s called false imprisonment. It doesn’t matter whether an individual does it or a state. In fact, when a state does it, there’s a greater onus on the state because the state is supposed to protect people, not to incarcerate them or to kill them extrajudicially”.

The message had travelled to the House of Parliament in the UK, to the steps of Washington DC. As a result of the pressure created by his father’s conviction, Begg was released after years in detention.

As of today, there are still approximately 38 detainees left at the military site and kept for years without charge or trial. But steps are being taken to ensure that they are released.

Begg had spent years with some of the inmates, and it is to them that he feels duty-bound to ensure they are released from custody. His organization, CAGE, and others are doing their part in ensuring that those left are granted freedom.

“I felt a massive duty upon me, guilt even, that I need to fight for them, and eventually I joined CAGE, and I’ve been with them since fighting since 2005 till now. I didn’t stop, the organization didn’t stop [and] the campaign to get them released didn’t stop.”

Medical xenophobia is a disease that needs to be stopped