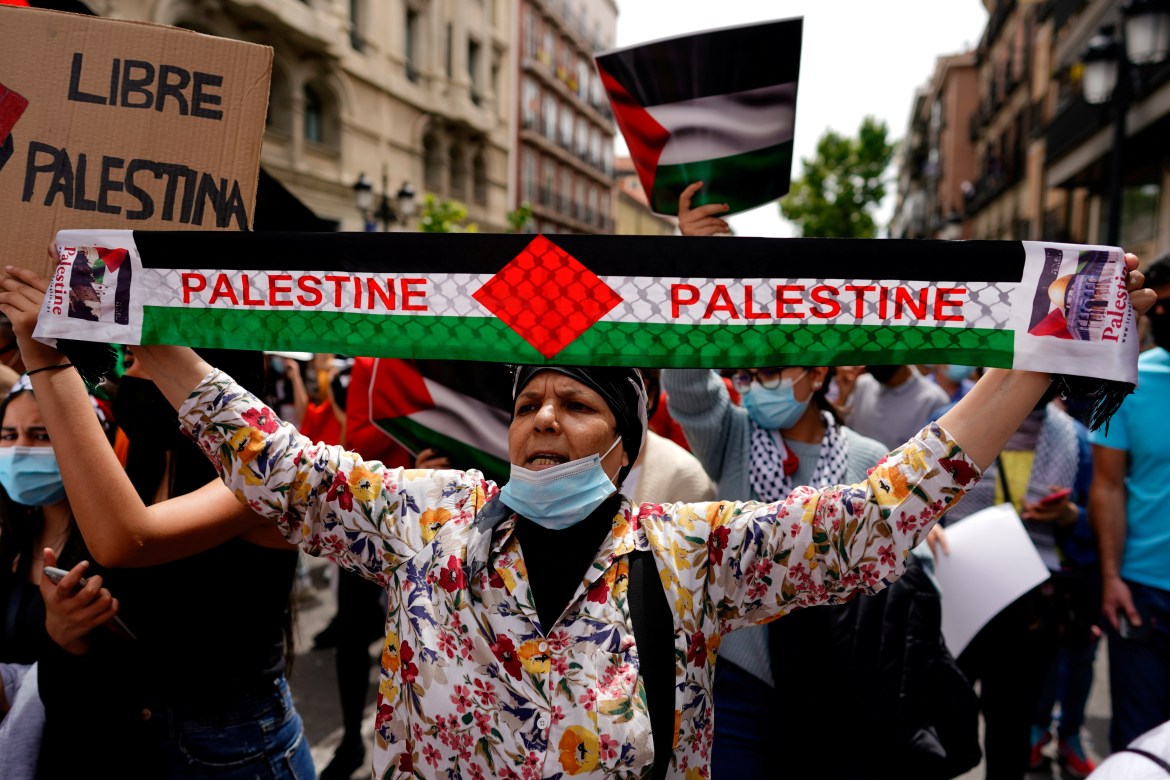 A woman participates in a protest in support of Palestinians in Madrid, Spain, on Saturday. [Juan Medina/Reuters]

The Redhill School, in Sandton, Johannesburg, has sparked conversation after they issued a communique in which the school asked parents to discourage learners from discussing the war between Palestine and Israel.

This follows an incident at the school where there was name-calling between the children. This left students in an emotional state and resulted in the school receiving complaints from parents.

Critics have described the school’s decision as a move to silence discourse between learners on the contentious issue. However, in an interview with Salaamedia, the multi-faith school’s executive head Joseph Gerassi defended the school’s letter, saying that the intention was to avoid cruelty.

“What we were trying to say to our parents was with the emotions being built up, don’t allow your children to come to school to talk about this matter because they will become emotional and say cruel things to one another,” he said.

The topic of Israel’s aggression towards Palestine, and Palestine’s resistance, is a contentious issue that has sparked much debate for decades.

#GazaUnderAttack and the Wits PSC’s vigil for Palestine: Here’s what you need to know

Petrol expected to reach a record high in...

Absence of accountability nearly a year after July...

Recognising the signs of child abuse