Top Posts
Community Mourns the Passing of a Local Hero
SAMA Condemns Charges Brought Against 75-year-old Surgeon
What is Ramaphosa’s obsession with a State of...
OUTA out to sink Karpowership
Privatising SOE’s is not the way to save...
Tourism Industry to invest R1bn in Sponsorship with...
Mother flees Sweden persecution for social services activism
Role Models and Their Impact on the Youth
National State of Disaster could create more problems...
Andrew Tate’s influence over the youth
Home PodcastAshraf Garda South African leadership can make the world embrace humanity – Madonsela
Ashraf GardaMiddle EastNewsSouth AfricaWorld 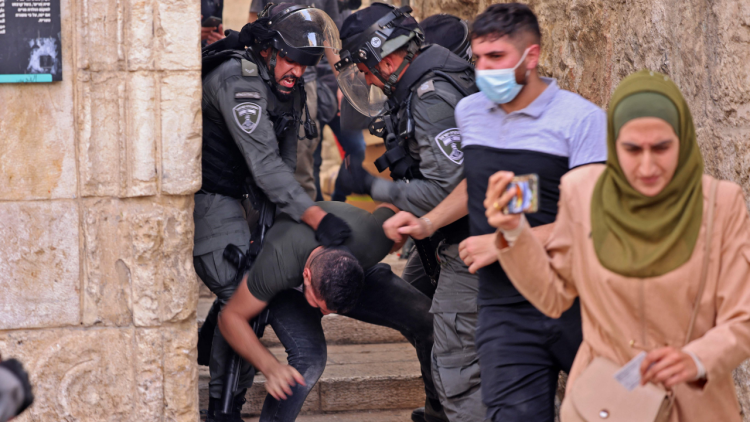 Israeli security forces detain a Palestinian protester amid clashes in Jerusalem’s Old City on May 10, 2021, ahead of a planned march to commemorate Israel’s takeover of Jerusalem in the 1967 Six-Day War. | AFP Photo

South Africa can make the first move towards finding a resolution to the conflict between Palestine and Israel. That’s according to Professor Thuli Madonsela, who spoke to Salaamedia earlier today.

Prof. Madonsela, who served as South Africa’s Public Protector until 2016 and currently serves as a professor of law at Stellenbosch University, told Salaamedia that the leadership of South Africa can unite the world, whilst encouraging everyone to embrace each other.

“In South Africa, leadership can come together and bring the world into thinking there is a world beyond the one we know – a world where everyone’s humanity is embraced [and] a world where my safety does not mean somebody else is deaf or somebody else’s oppression,” she said.

She described the current situation in Palestine, where residents of the Sheikh Jarrah neighbourhood were violently expelled from their homes in order to make way for illegal Israeli settlers this month, is the demonstration of a notion that Israel’s borders must be protected even if Palestinians must be subjugated.

“They need to secure their bodies and, in their own minds, securing their borders means subjugation of the Palestinians. They can’t see an alternative way of maintaining their own safety without eroding the humanity of others.”

Hundreds of Palestinians, including children, have been wounded and many killed after tensions escalated in East Jerusalem in previous days. Israeli police have also been injured.