The Salaam Foundation Rohingya refugee assistance programme continues in the muddy camps along the Bangladesh border.

Supported by the Trade Route Mall in Lenasia and community activists, 60 000 refugees have received critical dry food supplies this month. Funds have also been earmarked for further food deliveries as well as borehole water. The project has been facilitated by the Alimdaad Foundation. 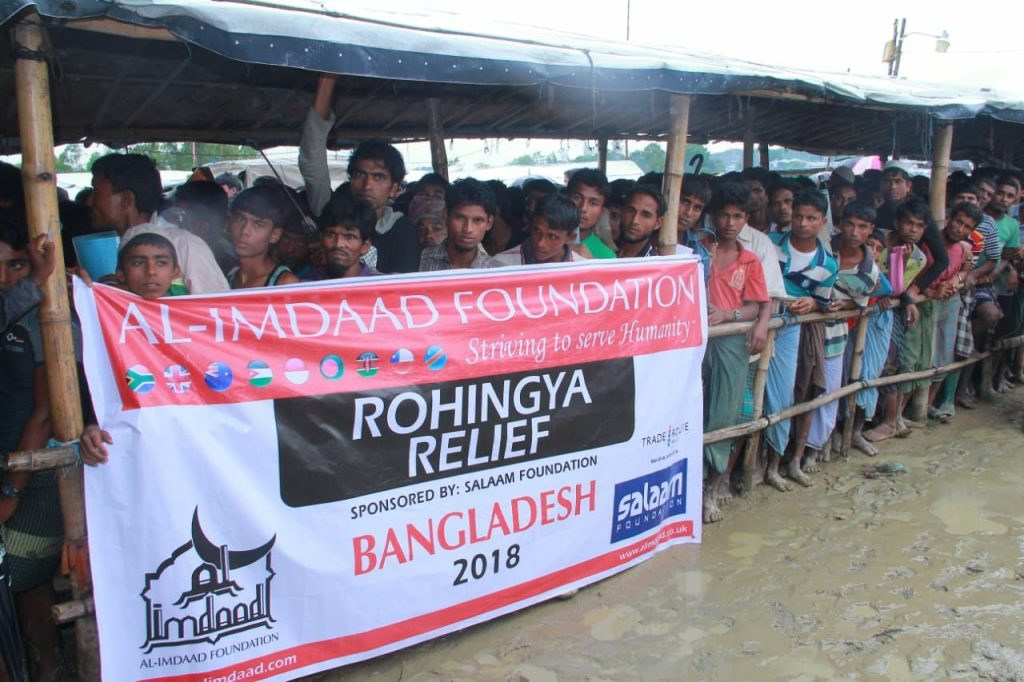 800 000 people continue to seek international assistance as the political wrangling continues over whether the Rohingya may return to Myanmar or not. In September 2017, over 700 000 people were forced to flee their homes as the Burmese military and Bhuddist militias attacked the Rohingya.

The attacks have been described as a genocide and an attempt at ethnic cleansing. To support our continued efforts in the region you can make a contribution to:
Salaam Foundation
FNB
62669147665
Ref: Rohingya (zakat/lillah)

How a Covid-19 funeral is conducted during the...

Lockdown Blues and the birth of BookBytes

The #LockdownQiraatShow reaches its end