Top Posts
Community Mourns the Passing of a Local Hero
SAMA Condemns Charges Brought Against 75-year-old Surgeon
What is Ramaphosa’s obsession with a State of...
OUTA out to sink Karpowership
Privatising SOE’s is not the way to save...
Tourism Industry to invest R1bn in Sponsorship with...
Mother flees Sweden persecution for social services activism
Role Models and Their Impact on the Youth
National State of Disaster could create more problems...
Andrew Tate’s influence over the youth
Home PodcastNajma Khota Lifetime Achievements with Dr Shakira Choonara
Najma KhotaSouth Africa 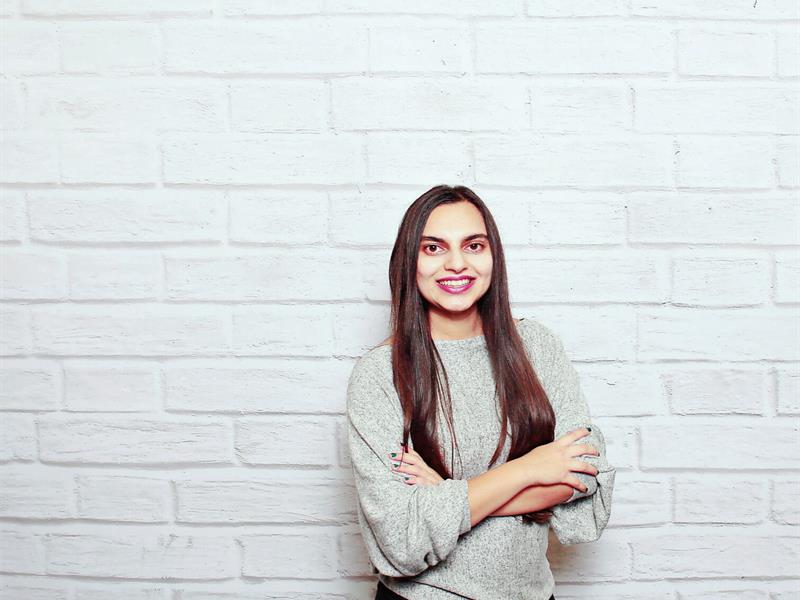 Dr Shakira Choonara is an esteemed graduate that has earned everything she achieved during her illustrious career. She holds a PhD in the Philosophy of Public Health, a Master’s and Bachelor’s Degree in Demography and Population Studies, and a Bachelor’s Degree in Health Sciences.

She is an activist, actress and multi-award-winning independent health practitioner. Her accolades include the 100 Most Influential Young Africans, the Mail & Guardian 50 Most Powerful Women in South Africa and the Woman of the Year in Health in South Africa.

She is a health practitioner currently involved in various projects for the African Union, World Health Organisation and the Joint United Nations Program on HIV/AIDS.

The Motivation Behind Becoming a Medical Professional

Growing up in a disadvantaged Indian community in Roodepoort, Choonara mentioned that her childhood experiences with health institutions motivated her to become a medical professional.

Her father had many chronic ailments and lived with a disability. As a young girl, she would accompany him to various health institutions for treatment.

The visits intrigued her. Here, she observed and contrasted public and private facilities, specifically their health systems and how they would administer patient care. The differences she discovered prompted her to learn about and address specific issues in the medical field.

“It’s a field I’m passionate about. And the reason I’m still passionate about it is because of the injustices that we see. I was recollecting a commission I was part of two years ago. One statistic that keeps me up at night is that 50 percent of people on this continent or patients on this continent don’t have access to health care. Fifty percent of the population struggles in terms of the quality of health care on the continent. These are the things which keep me grounded. It’s the why of what I do, what I do.”

Dreams of Becoming a Politician

Her passion for history brought on Choonara’s love for South Africa. She said that growing up in the post-apartheid era and learning about South Africa’s history and the struggles people endured under Apartheid. She felt a sense of responsibility towards her country and the welfare of the people.

Choonara joked, recalling a point in her life when she considered studying politics in the hope of becoming the Minister of Health and, later on, the President of South Africa. Her desire was not to hold power or position but to drive significant and impactful change in South Africa. And she thought politics would be the best way to achieve her goals.

“It became my life’s work to defend this country and to say I’m going to build it, and we’re going to build it, and South Africa is going to be great. That, of course, was when I was still quite starry-eyed for much of my life. I, unfortunately, don’t have a political party that really speaks to my morals, my values and my ethics.”

But her passions have always been in the medical field, providing impoverished communities in South Africa and the larger African continent with easily accessible and quality healthcare. Her passion and purpose humble her and drives her to push forward in her career. Looking back, she said it is something that she would not change.

Hypocrisy in sports needs to stop or we risk becoming worse

2017 Woman of the Year in Health in South Africa

Choonara said that recognition came at a difficult point when she was battling internal and external factors. She said people in the workplace would constantly try to break her spirit by criticising and discouraging her work, which naturally led to insecurities and self-doubt.

However, she embraced the negativity and used it as motivation to continue. Choonara understood that being named Woman of the Year was a responsibility, to use the opportunities and speak out against people who mistreat patients and violate health regulations.

“I see it as my responsibility. No matter what, I will speak out, no matter the consequences, and I think that’s what it means to me. How do you really lead, and how do you do so authentically.”

Choonara remarked that if she were a man, she would not have received the amount of criticism she has over the years. Growing up in a conservative community, people would criticise her for travelling around the world and leaving her family.

She said she deals with criticism by keeping an open mind and by finding ways to change particular dynamics to show people that the world has changed and is now more inclusive to all genders.

However, she is grateful for her father, his progressive stance regarding women and his constant encouragement of her to achieve academic access. She also takes heart from the amount of support from her partner, family and friends.

“I’ve always lived by the Mantra and the principle of no matter how busy you are, whatever it is you’re chasing and pursuing, and whatever level of fame one achieves, it’s the people around you and the relationships that you have which matter the most. It’s the people who support you, who cook that pot of food and who fetch you from the airport, the little things that don’t get the public eye. Those are the people that have meant the most.”

Thaabit has a bachelor's degree in Creative Writing. As an intern at Salaamedia, he is branching into journalism with a goal of becoming a digital content writer. His interests include pop culture, sports and literature.

Hypocrisy in sports needs to stop or we risk becoming worse

Amad an ‘interim’ mayor until EFF and ANC...