Top Posts
City of Jo’burg to elect new mayor –...
Tips on how to survive a heatwave
Questions Arise on South Africa’s Neutrality on the...
DA march to Luthuli House as a last...
What you need to know about getting off...
EFF, smaller parties to back Al Jama-ah in...
‘Private sector ready to fix energy crisis’- AfriForum
Russia and China to Engage in Joint Naval...
Ramaphosa needs to get cabinet reshuffle right
The Maraisburg Boys Orphanage needs your help
Home Featured Children in Gaza suffering as bombs rain down on them
FeaturedJulie AlliPodcast

Children in Gaza suffering as bombs rain down on them 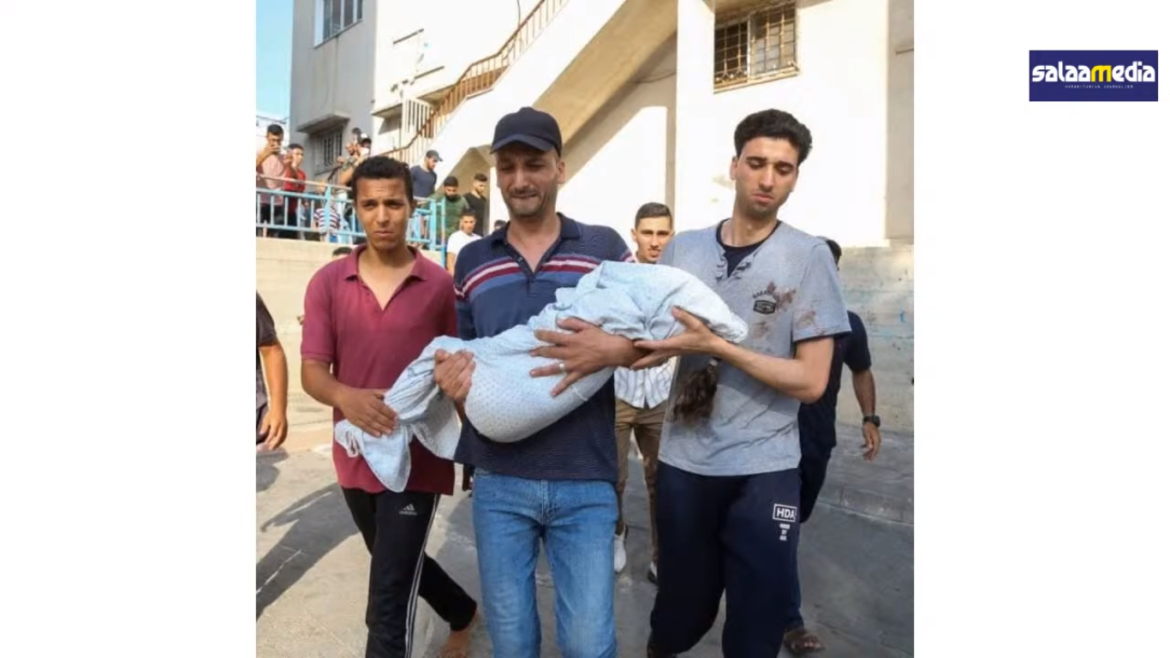 Gaza – After two days of continuous bombing a truce has been called between Israel and Palestine. Forty-seven Palestinians were killed, 16 of them children. At least eight Palestinian children were killed in two separate attacks barely a minute apart before the ceasefire was announced.

Although the ceasefire has been announced it does not mean the terrors have stopped. Yasser Abu Jamei from the Gaza Community Mental Health Programme, explained the children still hear the drones hovering above. They are constantly reminded of what has occurred over the past two days.

Children and parents are suffering

The bombings do not just impact the lives of the children but also their parents. A report done by Save The Children indicated that four of five children in Gaza live with depression, grief, and anxiety. It also reported that more than 96% of caregivers reportedly feel anxious and useless, said Abu Jamei. This means they don’t feel as if they can protect their child and make them feel safe and secure.

SMread: Period poverty among challenges faced by women in SA

The outcome of children who are put in prison

There are many children in Israeli prisons. Many of them are arrested and leave prison as young adults or well into adulthood. The children who are thrown into prison are not criminals, said Abu Jamei. They are ordinary kids who live under occupation and suffer daily having to pass many checkpoints daily to get to school.

“The children react to their living environments and sometimes when they react, they throw a stone or do something else, they just expose themselves to the very aggressive punishment by the Israeli military. The Israeli courts are punishing the people for speaking up for themselves. They show they are frustrated with their conditions.”

Abu Jamei says the children who come out of prisons need psychological help. This is not how things are supposed to be for a child. Abu Jamei organisation helps to give these children the help they need after they have been imprisoned and more.

SMread: Oranges destined for Europe left to spoil in port

No chance to recover from anything

When someone undergoes a traumatic event, they usually recover in a safe place. However, in Palestine children do not have the luxury of being able to recover. They are bombarded with one traumatic event after another, explained Abu Jamei.

“What happens after that is we don’t restore a safe place in society. We don’t go back to normal life. We go back to being under a blockade in Gaza … It is more like living under ongoing traumatic events. It is like some sort of chronic trauma.”

For Palestinians who continuously go through this, they have coping mechanisms such as keeping their faith and believing things will work out, said Abu Jamei.

“The living conditions are not easy. Fifty-three percent live in poverty in Gaza … With those very challenging resources coping is really a challenge. We rely on two main things. One is faith that everything will end, and the other thing is the strong social network, that we have a lot of friends, family members, cousins, sisters etc. We try to seek support from each other.”

Children are currently suffering under the occupation. For Abu Jamei and his team, it is imperative they find ways to help them cope with the little resources they have. Their goal is to help parents understand what their children are going through and to get children to once again be themselves and achieve what they wish to achieve.

Oranges destined for Europe left to spoil in port

Eating disorders can be deadly if left untreated

Questions Arise on South Africa’s Neutrality on the...

DA march to Luthuli House as a last...

What you need to know about getting off...

Russia and China to Engage in Joint Naval...