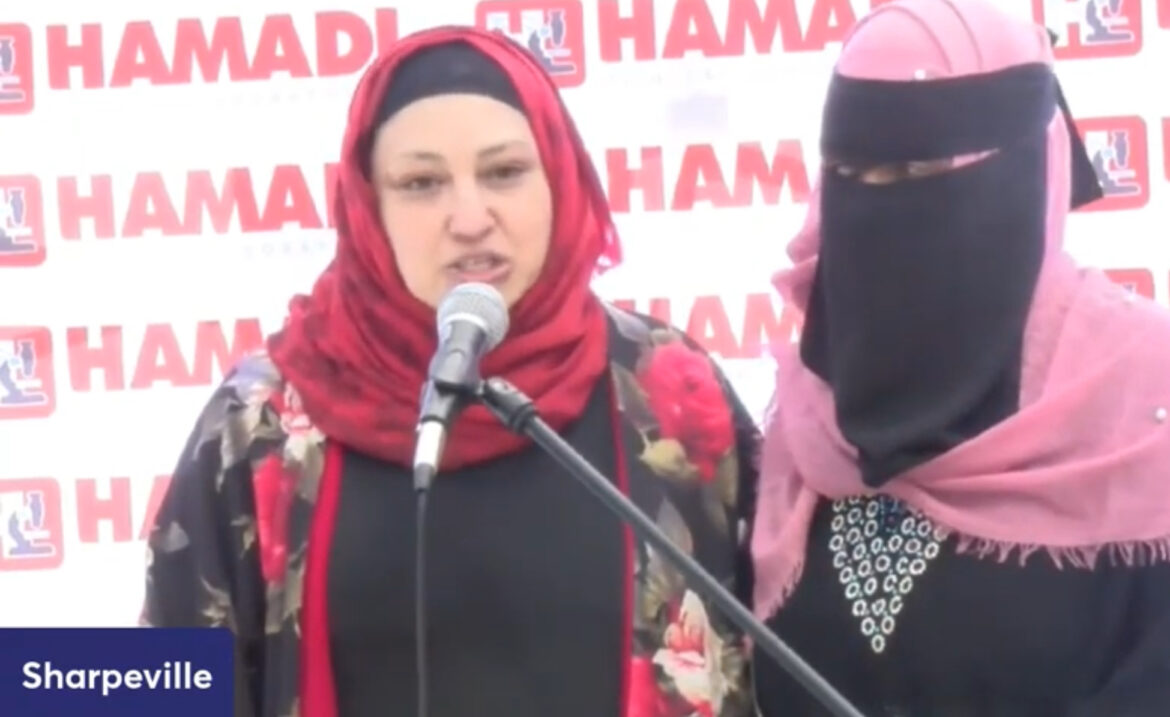 Kicking off the event, Salaamedia’s talk-show host Marriam Mia paid tribute to the women of Sharpeville, their fathers, husbands and children who participated in the struggle against apartheid.

“The protest against the dom-pas laws – against segregation – was started here. The birth of a new democracy was here in Sharpeville. It was here, in this very place that the world came to know what was happening in South Africa,” she said.

Mia added: “Now, 27 years into our democracy, we can have functions like this [and] we can be together. It was the efforts , the blood, the tears, the sweat, the voices of the residents of Sharpeville, that brought us here together”.

The event was all about empowering the women of Sharpeville. It featured an address by Dr David Khanyile, from Epi-Centre Risk Management, on female health, free services from Hamadi and the distribution of hygiene packs for women.

Mia emphasised the role of non-governmental organisations (NGOs) in empowering people in underprivileged communities. She said NGOs were tasked with filling the gap where the government had failed.

“We all know the struggles… asking Government for things and things don’t get done. We are very fortunate in South Africa [because] we have many many sterling NGOs that fill the divide. For me that’s the hope – the hope of South Africa is all our non-governmental organisations,” she said.

Mvana Ntshalintshali, from Hamadi Labs, said: “We love our communities where we operate. That’s why today we are here, to add value to the communities that make us what we are”.

Opportunities for women of Sharpeville

The highlight of Dr Khanyile’s address was about providing opportunities for women. He said far too many South African women were forced to put others before themselves, to the extent that it negatively impacted them.

“One of the key things associated with women is care. A lot of women generally care not only about themselves, but mainly focusing their care outward,” he said.

Dr Khanyile noted that while this was a good quality in itself, it often meant women sacrificed their ambitions and were often barred from opportunities.

“Taking care of others] is really good,” he said, adding that “sadly, in a South African context where families were struggling, you’ll find that women will be the first to be taken out of school.”

Why Do Some South Africans Feel Marginalized?