Top Posts
Durban beaches still contaminated with sewage
Nearly 30 000 Educators are Unemployed Despite the...
‘Hands off Ramaphosa’: Supporters rally around the president...
The Palestinian World Cup
Illegal dumping a serious issue that will be...
Israel Launches an Overnight Airstrike on the Gaza...
Unemployment is the Root of All Evil
‘Fine dining with soul’: Siba Mtongana’s journey
Ramaphosa to launch legal challenge against Phala Phala...
President Abbas bestows grand order on Naledi Pandor
Home Featured Marikana widow – slim hope justice for husband’s murder will be served 10 years on
FeaturedInayet WadeePodcast 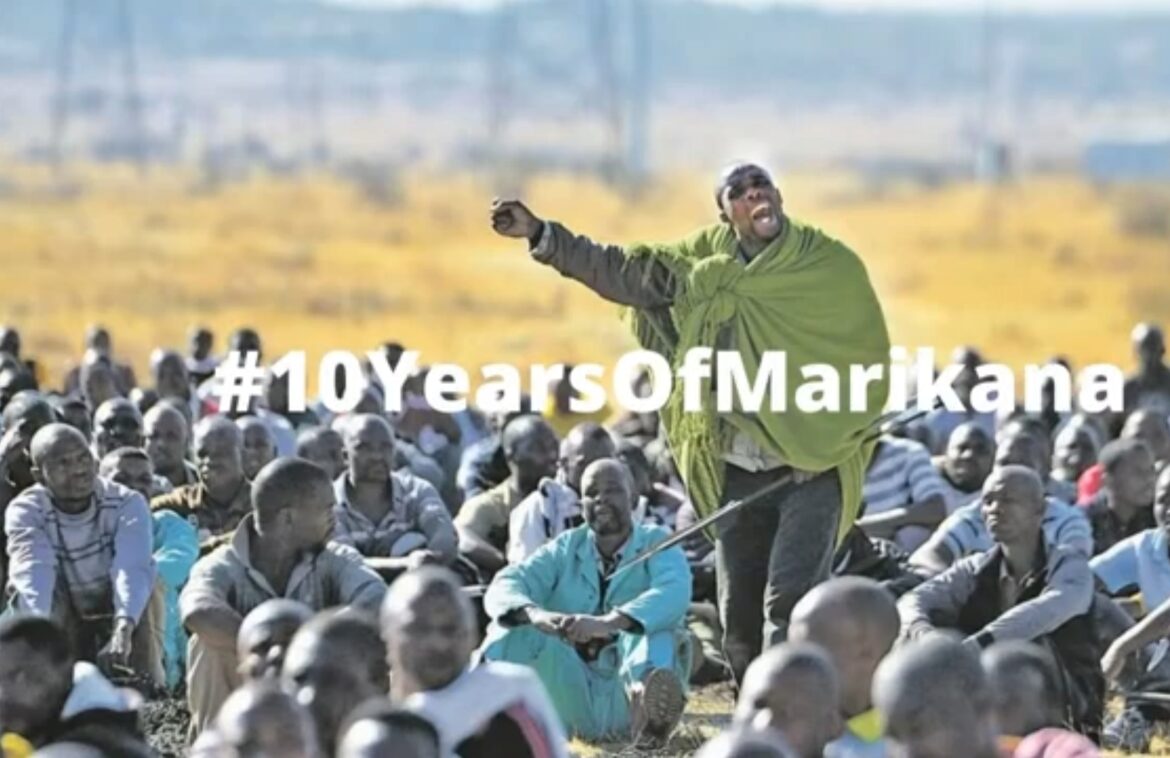 Marikana – It has been 10 years since the harrowing Marikana massacre. There are still questions which have not been answered and victims who have not been given justice.

Ayesha Fundi, A Marikana widow, is amongst those 10 families who have been left out in the cold. While the families of the miners who were killed by police have been compensated, the 10 families who lost members to the striking miners have not.

“We, the families of the 10 first families, have not seen justice in the sense that we have never seen anybody been convicted. We were never given any compensation or reparation … The (families of the) miners, injured and others were compensated. The only ones not compensated are the first 10 families who lost their loved ones to the strikers.”

The death of her husband at Marikana

On that faithful Sunday, Her husband, Hassan Fundi, a Lonmin Mine security guard, and a colleague were put in charge of watching the hundreds of striking miners. They stood no chance when the group eventually decided to push their way to the offices of the National Union of Mineworkers (NUM). Hassan and Frans Mabelane, his colleague, were murdered by the strikers. Mabelane was burnt beyond recognition while Hassan had some of his body parts cut off.

Fundi recalls the day she lost her husband with clarity. He had given her money to prepare for Eid which she went to give to those organising the preparations. It was only after the meetings ended at the mosque did she become aware that people were looking for her.

“One of his friends called me and he was worried because my husband was not answering his call. He heard the miners had burnt two cars and killed two people … I called one of the control rooms (of the mine) and told them I’m the wife of Fundi and I want to know what’s going on … The lady did not want to speak to me. She said her supervisor will speak to me or some people will come to my house. It became very strange, and I suspected something was wrong. My husband was killed around 10 o’clock and people from the mine only came to my house around 2pm.”

Smread: Mind Matters: How to manage your emotions

The devastating impact it had on her family

Hassan left behind two sons and a daughter. Life for the family has been especially hard on the children. Her son had fallen into depression and was unable to continue his tertiary studies which were paid for by the mine.

“Muhammed at that time had just finished matric. He is my first born. When the mine wanted to take him to school (pay for his studies) he said he didn’t want to be collecting money from them. The second child was Hussain. He was so broken because at the time his father passed away, he was in grade eleven. He even repeated the grade. The boy was so broken, he went into depression. When he was finished the mine paid for his (tertiary) studies. He dropped out and started taking drugs. That is how broken he is.”

Her daughter was eight at the time. She is now in her first year at the University of Cape Town and her studies are being funded by the mine. Fundi believes her sons are struggling because they don’t have a father figure in their life to guide them. She has engaged with the mine to try and get Hussain the job her husband has as she is also working at the mine. She is part of those who were offered a job as part of the replacement programme involving families of the victims.

SMread: Eating disorders can be deadly if left untreated

Calling on the President to fulfil his promise of visiting Marikana

During the funeral of ANC stalwart Winnie Madikizela-Mandela, President Cyril Ramaphosa promised he would visit Marikana. Fundi has called on the President to fulfil that promise. She believes he played some part in the massacre.

Since Sibanye-Stillwater has taken over the mine, Fundi feels as if the 10 families are finally being heard. All that she and the rest of the nine families want is answers and for those responsible to be brought to justice. No matter how much they are paid, Fundi is adamant it will never compensate for the damage losing her husband has caused.

OPINION – Home schooling is a blessing in this day

South Africa left in footballing past due to...