Top Posts
Community Mourns the Passing of a Local Hero
SAMA Condemns Charges Brought Against 75-year-old Surgeon
What is Ramaphosa’s obsession with a State of...
OUTA out to sink Karpowership
Privatising SOE’s is not the way to save...
Tourism Industry to invest R1bn in Sponsorship with...
Mother flees Sweden persecution for social services activism
Role Models and Their Impact on the Youth
National State of Disaster could create more problems...
Andrew Tate’s influence over the youth
Home News Ramaphosa promises aid, investigation after Jagersfontein catastrophe
NewsSouth Africa 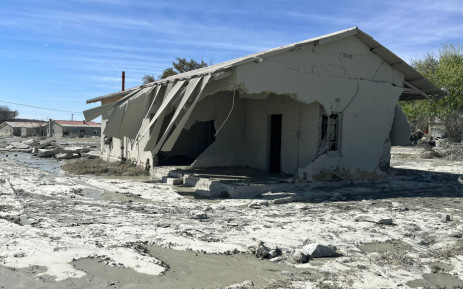 President Cyril Ramaphosa has promised to aid distraught residents in Jagersfontein, FS, who have been affected by the floods. He also promised an investigation into the cause of the incident.

The president and several ministers visited the area on Monday after the collapse of a nearby mine dam inflicted extensive damage to property and livelihoods in the small town located about 100km southwest of Bloemfontein in the Kopanong Municipality. He said rebuilding the community would take precedence.

“We’re going to investigate, but for now, let us focus on restoring the livelihoods of our people here, with immediate effect. This includes businesses. We are also going to look into whose businesses have been affected and how we’re going to support [them],” he said.

The gushing water swept houses and vehicles on Sunday, knocking out the town’s electricity supply and taking with it livestock. 73 patients have been admitted to hospital with “minor” injuries, according to the Free State Premier’s office, while one person has died and another remains missing.

Aid relief organisations reached Jagersfontein as early as Monday morning. Gift of the Givers’ Imtiaz Sooliman said the extent of destruction caused by the disaster was extensive, but manageable as many residents had left prior to the incident.

“There’s a community hall nearby [and] nobody’s encouraged to stay in the area. We offered search and rescue teams but they [Police] said it was manageable because a lot of people moved out of the way before the water actually came down,” he said.

Sooliman said the disaster is expected to have a lasting impact on the area.

“There’s no way people can go and stay back there – it’s impossible. You have to move an entire town. Nothing will grow there with all the contamination and even the sheep now [wouldn’t be able to] graze there.”

He said the most urgent need was for potable water. He appealed to the public to either send bottled water or fund water deliveries.

“There’s a huge need for water. If anybody can supply bottled water, it’s a blessing because there’s a real need for water for men and animals so whatever water we can get inside there will be of great benefit,” he said.

SMread: Impact of childhood cancer on a family

Meanwhile, the Dubai-based Stargems Group said it was probing the cause of the dam wall collapse in Jagersfontein. The mine, formerly owned by De Beers Plc, was shut in the 1970s.

Stargems’s unit Jagersfontein Developments acquired the shareholding of the tailing dump from Johann Rupert’s Reinet Investments in April. In an email quoted by News24, an external spokesman for the company said it would offer R20 million to assist the community.

“A full due diligence was conducted prior to this acquisition showing that the assets, including the dam were safe and secure,” the email read.

“We share the concerns of the nation for the residents of the area,” it said. “We stand ready to provide technical assistance and support to the government should it be requested by the Minerals Council South Africa.”

Imtiaz Sooliman said the company should be made to contribute toward the rebuilding of the affected residents’ lives.

The 7 stages of grief – and how to deal with it