Top Posts
Community Mourns the Passing of a Local Hero
SAMA Condemns Charges Brought Against 75-year-old Surgeon
What is Ramaphosa’s obsession with a State of...
OUTA out to sink Karpowership
Privatising SOE’s is not the way to save...
Tourism Industry to invest R1bn in Sponsorship with...
Mother flees Sweden persecution for social services activism
Role Models and Their Impact on the Youth
National State of Disaster could create more problems...
Andrew Tate’s influence over the youth
Home PodcastJulie Alli The relationship between the ANC and CIA
Julie AlliPodcast 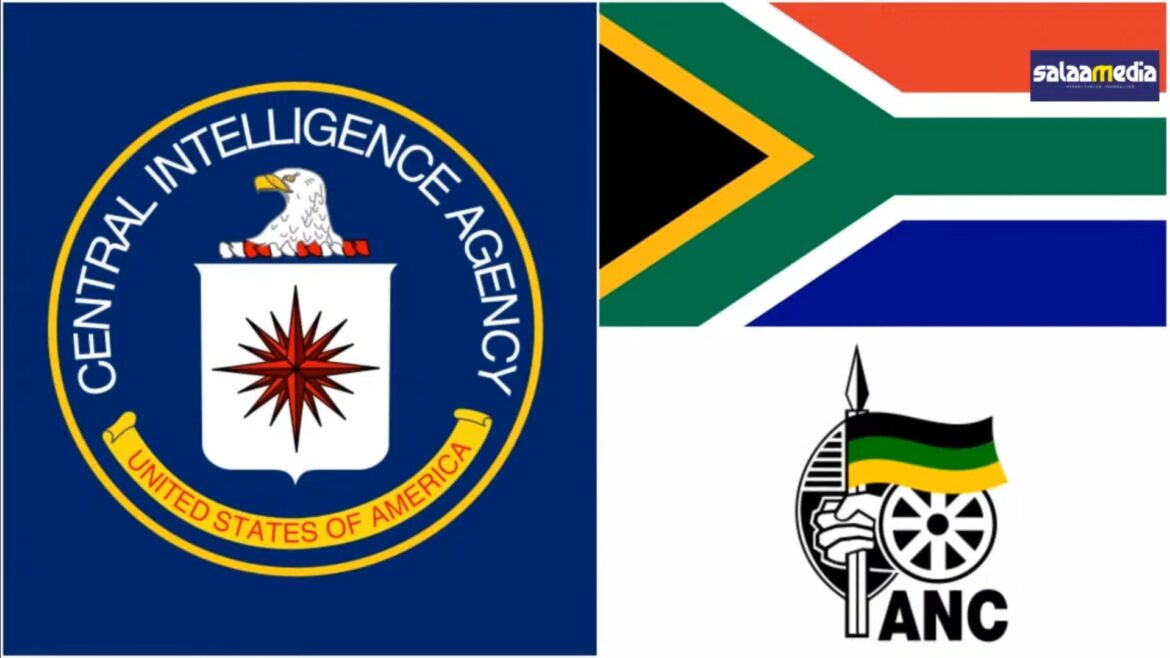 South Africa – Former president Jacob Zuma has made shocking claims that president Cyril Ramaphosa is a spy for the Central Intelligence Agency (CIA). This claim has sparked debates on whether or not the ANC is captured by the CIA and if South African politics is being run by the CIA.

According to Tshepo Kgadima, Independent Economic, Energy and Political Analyst, South Africans should be worried about the state of mind of our politicians. It also shouldn’t come as a surprise that the CIA will be interested in South Africa and the ruling party.

“One of the stated purposes of the CIA’s existence is to collate information and ensure that the US State Department, any conduct which might undermine its own national security interests, must be looked at. The CIA has existed since 1947. Post World War II. That should tell you the war was just a battle. The war is actually imperialism. Imperialism is the enemy and has been the enemy at all times.”

Has the CIA claimed the ANC

There are claims that the ANC has been claimed by the CIA for its own purposes. The workings of the CIA have been well documented. The ways they have used to cause anarchy and destabilise a third world country for their own gain. Kgadima believes the CIA have had an invested interest in South Africa since the ANC was created. This interest has grown ever since South Africa joined BRICS (Brazil, Russia, India, China, South Africa). Leaders should be aware of a possible infiltration he warns.

“Our own politicians should be more aware. As citizens we have not demanded of our politicians to what extent they are actually attuned to the threat of entryism, which means the infiltration at the highest levels. The fact that they are infiltrated, which is the case, should not be a surprise. The CIA does not do this in secret. They have done that in Europe, Eastern Europe, the former Soviet Republic. All of that is because of the war going on in imperialism where certain countries want to be the ruler of the world.”

Even if the ANC is voted out of power, as it appears to be so, the CIA will find a way to hold on to its power, said Kgadima. Even if there is a coalition government come 2024. Its primary purpose for existence is to ensure nothing impacts the national security of the USA.

The outcome of the elective conference

For Kgadima, the elective conference will be very significant to the CIA. While it does look like Ramaphosa will come out on top, nothing is guaranteed. Whoever does win, the CIA will pay close attention to the attitude and philosophy of this person.

“That person that takes over, what is their attitude? What is their philosophy in terms of towards the United States and towards other countries particularly China, Russia and within the BRICS context. That is going to be of key interest because any alignment in one form or another is going to indicate whether or not South Africa would emerge as a new threat to the US and their national security interests.”

ANC leaders’ attitude to cooperate with foreign leaders is expressed in what the government does. The ideology of the ANC is that they are the centre of power. Due to this attitude, Kgadima feels the CIA would have an interest in the ANC as gaining influence over them would prove helpful.

“The CIA would very much have interest in the ANC. They are very much aware that whatever the ANC does and if their leader’s philosophy, their ideology and attitude is anything to go by, will be expressed in government. Therefore, if you are able to have influence and even to a degree of capturing the mind and the capacity of decision making within ANC leadership, then in government is a foregone conclusion.”

Furthermore, Kgadima believes the CR17 report the ANC is trying to keep sealed holds the information to who in the ANC is working for the CIA. If this is unsealed, it could cause countries to change how they see South Africa knowing the policies of the countries are all about aligning with the US.

Commemorating 25 years of diplomatic relations with China and South Africa