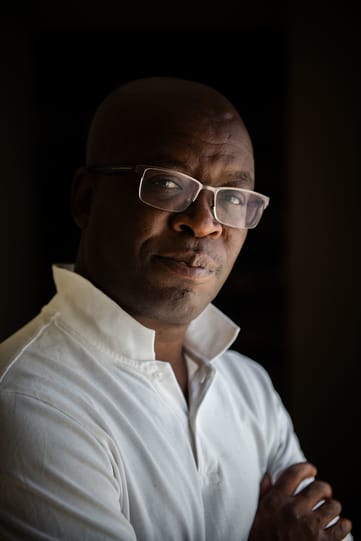 South Africa – Speaking to Salaamedia’s Shafinaaz Hassim, Fred Khumalo talks about his two latest novels, Crossing the River and Two Tons of Fun. Where he comments on the settings of the stories, the development of his characters and the inspiration behind the narratives.

Khumalo is a world-renowned author, an award-winning journalist and a media personality. He holds a master’s degree in creative writing from Wits University, is a PhD candidate at the University of Pretoria, and is a writing fellow at various prestigious universities.

The many honours Khumalo has received during his illustrious career

He has won awards for his novels, Dancing the Death Drill, which won the Humanities and Social Sciences award, Bitches Brew, for which he was the joint winner at the European Literary Awards and his memoir Touch My Blood was shortlisted for the Ellen Payton Prize for non-fiction.  He has written short stories among his novels, which garnered other awards.

Crossing the River was inspired by his time as a journalist covering the violent conflict between war veterans and the farmers in Zimbabwe and how innocent people had to flee or risk war casualties. He recalls the xenophobic attacks in South Africa and how those terrible events reminded him of his time in Zimbabwe. The novel explores the plight of foreigners entering South Africa, searching for a better life and not finding it.

“I’m mixing my journalistic experience of what I’ve seen and witnessed in 2001 or 2002 in Zimbabwe and what is happening right here in South Africa in townships such as Alexandria. Where people are being attacked on the basis that they are foreigners, especially Zimbabweans, so that’s the genesis [the protagonists] story and journey”.

In Two Tons of Fun, Khumalo addresses issues prominent in South African society, such as past trauma, racial inequalities, poverty and classism within the black community.

“I am exploring the issues of the 1990s, the political violence that wreaked havoc, especially on the east rand of Johannesburg, where Lerato’s mother was born and raised. And how, therefore, that violent legacy impacts on the children”, says Khumalo.

Khumalo mentions that previously when addressing complex and sensitive subject matter, he had dealt with much criticism. And as such, he opted for a much lighter and humorous approach when writing this story.

“I deliberately decided to use a light touch in telling this story which has some grim moments to it. So, I decided to make Lerato a likeable, funny character. She’s humorous and she’s outgoing. Obviously, as a teenager, she explores a lot of things”.

He realized that humorous elements would draw an audience to a novel no matter how unsettling the story is and that humour is used to “break the ice” to ensure that the audience feels the message that the story is trying to convey.

Even though Crossing the River and Two Tons of Fun appeal to a young audience from various backgrounds, they can be enjoyed by mature readers.

Khumalo believes these two novels are a must-read for teenagers, especially since the characters are teenagers themselves navigating their way through life. By making the characters relatable, he hopes their challenges and experiences will positively impact the youth.

“I believe that these are the kind of stories that our children should be exposed to because they impact on their lives, their future and their country”.

Navigating through tough times as a Muslim