Top Posts
“Travel Through the Earth, So That Their Minds...
Kids and their ego driven fight club
Israel destroys another Palestinian school, this time in...
Progressivism: What happens when woke culture takes it...
Hypocrisy in Western criticism of Qatar World Cup
State of South African Football on the International...
Janusz Walus destroyed a nation when he murdered...
Jannah Training: Training Children in the Mould of...
Bags of Love helping one community at a...
Winner of Le Cop Sportif competition to design...
Home Featured Israel and a history of lies
Featured

Lying deliberately is Israel's modus operandi in the West Bank

By Khalid Amayreh in occupied Jerusalem

A particularly affronting and contemptible message Israel is trying to communicate to the world, following the outrageous crime of murdering  Sherine Abu Akleh two days ago, would be trying to convince us that Israel is a law-abiding country where transparency prevails and foul play has no chance.

This is not merely a catch-22 lie. It is rather a deliberate, rehearsed and carefully considered  misrepresentation of the truth, intended to deceive and mislead.

In fact, I would exaggerate very little if I said that “professional lying” constitutes the ultimate modus operandi of the Israeli army’s discourse related to the brutal occupation and the criminal treatment meted out to the Palestinians.

Israel claims it respects press freedom and allows Palestinian journalists and cameramen a wide margin of freedom of movement.

The truth of the matter, however, is that the Israeli security establishment doesn’t distinguish between Palestinians on the basis of their professions, passports, religions and political affiliations. Their lives are equally expendable and their blood too cheap.

Some people might be prompted to think that Israeli occupation soldiers might display a certain modicum of discretion or leniency, or even civility,  in treating a  Palestinian who has the American citizenship.

Actually, I can state rather solemnly and quite candidly that in many cases, occupation soldiers manning roadblocks and checkpoints throughout the occupied territories often single out Palestinians who are US passport holders for harsher humiliation tactics, e.g. by making them wait long hours before letting them go.

I asked an Israeli friend to explain this strange behaviour, given Israel’s enormous dependence on Washington. The Jewish journalist said, “Israel wants to demonstrate to the Palestinians that none of them has immunity or protection from the Israeli grip, even if he or she holds the American passport.”

Israel begrudgingly carried out an investigation into his death, reportedly after receiving a strongly-worded message from the Biden administration.

I am certain that the declared Israeli willingness to carry out a formal enquiry into Sherine’s murder, wouldn’t have been  announced had Sherine been unequipped with the US shield, which didn’t help her anyway.

Unemployed graduates betting on themselves as government fails them

As a journalist and eyewitness to the Israeli army behaviour since my return from the States in 1983, I can testify that the Israeli army and the entire security establishment lie as often as You and I breath the oxygen of life. This is by no means a one-time occurrence, it is rather a prevailing culture, a real way of life.

I am sure veteran Palestinian journalists remember how the Israeli army spokesperson was phrasing his accounts of dispersing Palestinian demonstrations during the first intifada.

The army account would look like this: “IDF soldiers came under a volley of stones by Palestinian stone throwers. The soldiers shot into the air and a number of Palestinians were injured or killed.”

In other instances, this journalist saw an IDF officer place a knife beside the body of a Palestinian teenager the occupation soldiers had just killed in downtown Hebron to give the impression that the boy was trying to stab a soldier.

Israeli occupation soldiers don’t learn only how to shoot and murder Palestinian civilians. They also learn how to conceal incriminating evidence. And when the IDF faced negative publicity as a result of a particularly outrageous crime, like burying people alive with dirt and mud while leaving their heads uncovered, the soldiers involved are rebuked harshly, not for committing the crime itself but rather for having failed to make sure that no photographer  or cameraman was watching.

This is the reason 99% of the hideous crimes and savagery inflicted on innocent Palestinians are not investigated or followed up, which mean these serious violations go into oblivion. 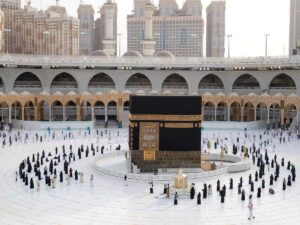 Several years ago, I interviewed an IDF spokeswoman who is now Israel’s ambassador in a major Arab capital. I asked her to explain the large civilian casualties among Palestinians as a result of IDF gunfire. She said all armies make mistakes and the IDF was no exception.

I told her a mistake is made once, twice, ten times. But when it happens so often, it means that killing protesters is a policy. She said the policy of the IDF was to avoid targeting civilians deliberately. But the IDF kills these people knowingly, I asked. She said knowingly yes, but deliberately no.

But, please I said. Could you explain the difference because frankly I see no difference between killing knowingly and killing deliberately. Eventually, she said. Khalid you ask too may questions, and my time is limited.

Finally. I believe it would be gullible and naïve to count on the Zionist regime to carry out a transparent and credible investigation. Criminals wouldn’t indict themselves. Moreover, we should know by now that one doesn’t seek justice in the dens of thieves nor seeks safety in snake holes. In the final analysis, Israel is criminal, liar and thief. It is time all honest men and women around the world know Israel as she really is.