Riverlea residents living next to a ticking time bomb 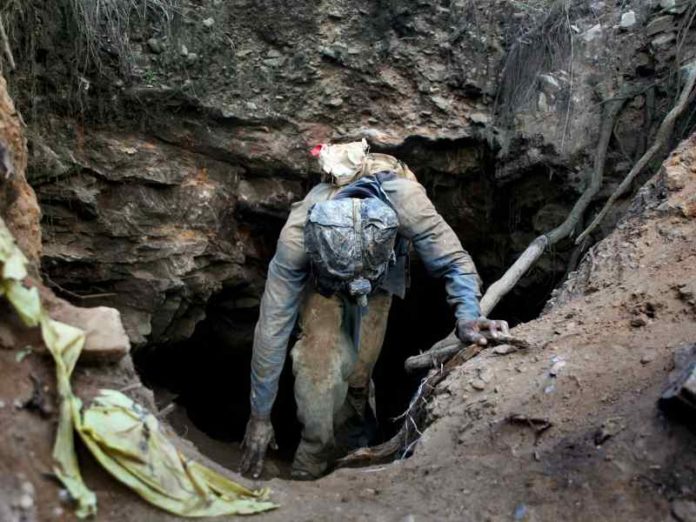 The informal settlement has brought many problems to the community says Pastor Sherman. The illegal miners resort to breaking infrastructure to get the water they need to mine the gold. These valves and pipes remain broken, gushing clean drinking water to go to waste. The settlement is also being used for various illegal activities according to the information gained by the CPF, said Pastor Sherman.

The severity of Wealth Inequality shines through artwork

“When you look at all the things that the settlement contributes to … You have the scourge that is terrorising our area thus we have started the CPF.  Firstly, the illegal mining. Secondly, I would look at things like cable theft because that is part of the modus operandi of these illegal miners. You’re talking of illegal electricity connections which means they are sabotaging and hijacking our electrical infrastructure in the area. We are looking at drug trafficking and lolly lounges which are presently in the settlement. Then also the settlement is used as a springboard for house breaking and that has increased immensely over the last few years.”

No help from political figures or police

Unfortunately, the local police station has provided no help to the community. Pastor Sherman has spoken to the station commander but his pleas for help were met with an unusual statement. He was told that police officers cannot go into the settlement as they fear for their lives which didn’t make sense to him as CPF members go into the settlement regularly to chase and capture thieves.

Pastor Sherman has gone from pillar to post, talking to every government worker and councillor he could to try and resolve the problem. The community has watched as the settlement grew larger over the years. They constantly asked for help, but none was given. Now it seems the problem may be too large to solve.

Informal settlers a danger to themselves

The land on which the informal settlement stands has many hazards. Three different environmental studies have shown it to be not suitable for humans. Furthermore, there are power lines, Sasol gas lines, high pressure red water lines and SA petrol pipe line that run underground. The illegal miners use dynamite to create tunnels underground and for Pastor Shermon, it is a disaster waiting to happen.

Clint Winnaar, community member, explained that a fire caused by an exploding gas or petrol pipeline could have a devastating impact not just on the infrastructure but more importantly those living there.

“They are living basically on a minefield. It is a disaster waiting to happen and it will probably be triggered by themselves. It’s not only about our safety and our infrastructure that we are concerned for them too. I don’t know why government is actually waiting for that event to take place when they can take action now and prevent it beforehand.” Julie Allie’s interview with Pastor Sherman and Clint Winnaar.