Top Posts
Gun Free SA Calls for Action After Mass...
Immediate measures to address Gauteng water crisis
Turkey Struck by Two Devastating Earthquakes
Community Mourns the Passing of a Local Hero
SAMA Condemns Charges Brought Against 75-year-old Surgeon
What is Ramaphosa’s obsession with a State of...
OUTA out to sink Karpowership
Privatising SOE’s is not the way to save...
Tourism Industry to invest R1bn in Sponsorship with...
Mother flees Sweden persecution for social services activism
Home PodcastJulie Alli Tanzania cancels luxurious Independence Day celebration and will use the budget for social welfare project
Julie AlliPodcast 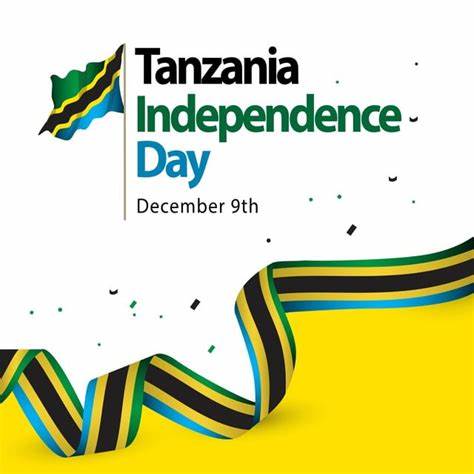 Tanzania – Tanzania’s President Samia Suluhu Hassan has cancelled the Independence Day celebrations scheduled for Friday. The budget for the celebration will instead be used to build dormitories for children with special needs.

The 61st Independence Day celebration was set to cost around $445,000. The money will now be used to build eight special dormitories across the country in public schools. This isn’t the first time Hassan has surprised the media and the world. Last year she gained attention after ordering big-bellied policemen to lose weight to be more effective at work.

Background of Hassan and her coming into power

This use of budget should not come as a surprise to those who know Hassan. Before becoming the president, she worked in the NGO sector and was always focused on the upliftment of women, explained Ayesha Kajee, Research Fellow at AFRASID.

“She’s actually from Zanzibar. She’s worked in the NGO sector and been particularly concerned with the upliftment of women and young people. She headed an umbrella coalition under the auspices of the UN which was also a coalition of Non-profit Organisations dedicated to women’s development. She’s very passionate about development. She became the Head of Country almost by default when former President Magufuli passed away during the Covid pandemic after making several controversial statements himself on how to cure Covid. Suluhu has basically taken on the mantle in quite a dignified way and has, in her own assuming way, made some changes within the bureaucratic structures in the capital, Dar es Salaam.”

She follows in the footsteps of the former president who also cancelled the Independence Day event in 2015 and diverted the funds towards the building of a road in the commercial capital. He also did the same in 2020, during the Covid pandemic, and used the funds to buy medical facilities.

Hassan was also a project manager for the UN’s World Food Programme and also previously served as a minister for youth employment, women and children.

The right leadership brings about the right changes

Tanzania’s Minister of State, George Simbachawene, on Monday said the money had already been disbursed. He also instructed different district leaders to carry social activities in their areas. This includes cleaning hospitals, parks, elderly homes and more. These are policies that are also in place in Rwanda, said Kajee. This all falls in the same vein as the 67 minutes on Mandela Day.

“This initiative follows the example of the 67 minutes for Mandela Day that South Africa has always encouraged since the death of Madiba. It is certainly in that vein. It is also in the same vein as the Ruwandis. In Rwanda, ever since 1998 made it compulsory for its citizens to participate in any weekly community service such as cleaning schools, roads, maintaining public buildings, parks etc as a social activity. While that has gained some resentment amongst certain groups in Rwanda, it has meant the Capital Kigali is spotless in many respects. It is not a highly developed capital. There are still dirt roads in some parts. It is spotless in terms of public structures. That is largely because every citizen takes part in these activities. It is a nation building exercise.”